The theme of the promotion and development of creativity and culture in the younger generations in Italy is based on institutional bodies such as theDepartment of Youth Policies and Universal Civic Service which includes, among its main objectives, the promotion of knowledge and technological innovation, as well as the “... promotion and support of creative activities and of cultural and entertainment initiatives by young people as well as of initiatives regarding free time, cultural and study trips ...”, as established in theDPCM 1 October 2012 and subsequent amendments, on the Organisation of the general structures of the Presidency of the Council of Ministers.

Together with the development and the support to youth creativity, the central theme of cultural policies is the valorisation and the conservation of the artistic and cultural heritage of the area. Article 9 of theItalian Constitutionsets out that “the Republic promotes the development of culture and scientific and technical research. It protects the landscape and the historical and artistic heritage of the nation”.

Legislative Decree 22 January 2004, n.42 and subsequent amendments, was issued to implement the constitutional principle and contains the “Code of cultural heritage and landscape” which attributes to theMinistry for Cultural Heritage and Activities and Tourism (MiC) the task of protecting, conserving and valorising the cultural heritage of Italy, while also regulating the State-Regions relations on the competences regarding the protection and valorisation, identifying Cultural and Landscape Heritage and regulating its protection, use and valorisation.

The valorisation of cultural heritage is not intended solely in terms of the protection of cultural heritage but is closely linked to the concept of promoting the development of culture and collective creativity and, in particular, of young people, a principle guaranteed byLegislative Decree 13 April 2017, n. 60containing “Regulations on the promotion of humanistic culture, on the valorisation of cultural heritage and artefacts and on the support of creativity”. The regulations set out the importance of disseminating humanistic culture and artistic knowledge to students in order to recognize the centrality of man, affirming his dignity, needs, rights and values ​​and entrusts the national education and training systems with the task of promoting the study, historical-critical knowledge and practice of the arts.

Participation in the creative and cultural experiences of the area is monitored nationally by theItalian Institute of Statistics (ISTAT) which annually carries out national surveys on the cultural participation of the population. According to the data collected in Chapter 10 “Culture and leisure” of the      ISTAT 2021  Italian Statistical Yearbook , (https://www.istat.it/it/archivio/264305) in 2020 cultural participation of Italian people decreased compared to the data from 2019, going from 64,9% to 60%. This tendency was registered among all the sectors, with particular relevance to theatrical performances, attendance to museums and exhibitions, mainly due to the different stages of lockdown caused by the COVID19 pandemic.

The pandemic scenario, though, caused the increment in the percentage of book readers, while the number of people reading newspapers keeps decreasing in favour of a much higher percentage of people using the Internet, especially young ones, that now reached 73,3% of the population, 2,9% more compared to 2019.

In this context, the data referring to the cultural participation of young people as highlighted by the “Multipurpose survey on families: aspects of daily life (https://www.istat.it/it/archivio/91926) in the chapter of Giovani.stat (http://dati-giovani.istat.it) related to Culture, Free time and Media Usage (ISTAT 2021) confirm the prevalence of practices related to cinema, followed by discos, visits to museums and exhibitions and participation in concerts and sporting events. Nonetheless it’s possible to notice a general decrease in all the activities, sometimes of even more than 5 points, mainly due to the pandemic (Tab. 1). For what concerns reading instead, more than half of the young people aged between 15 and 20 years read at least one book a year, while those aged 15-17 who read an average of one book per month are the only ones who increased their percentage between 2019 and 2020, since it lowered in all the others under 35.

Table 1. Culture, free time, use of the media. Cultural participation: Shows. Data on 100 young people aged between 15 and 34 years with the same characteristics. Year 2020 (percentage values)

According to data from “Io sono Cultura'' of 2021 (https://www.symbola.net/ricerca/io-sono-cultura-2021/), a research project carried out byUnioncamere and theFondazione Symbolathat analysed the economic and social value of companies operating in the cultural and creative sector of the country, in 2021 the focus has been once again the effect of the COVID pandemic, which deeply influenced the field of arts and culture but not only in negative, since it provoked a faster transformation and update, especially in digital communication and in the audio-visual arts where the values of inclusion and creativity found great application.

it’s especially notable to observe that the people employed in the Cultural and Creative Production System (CCPS) who are between 25 and 44 years old, represent more than 20% of the national workforce, where the average is 17%, even though it’s a category that is less employed compared to the over 44. 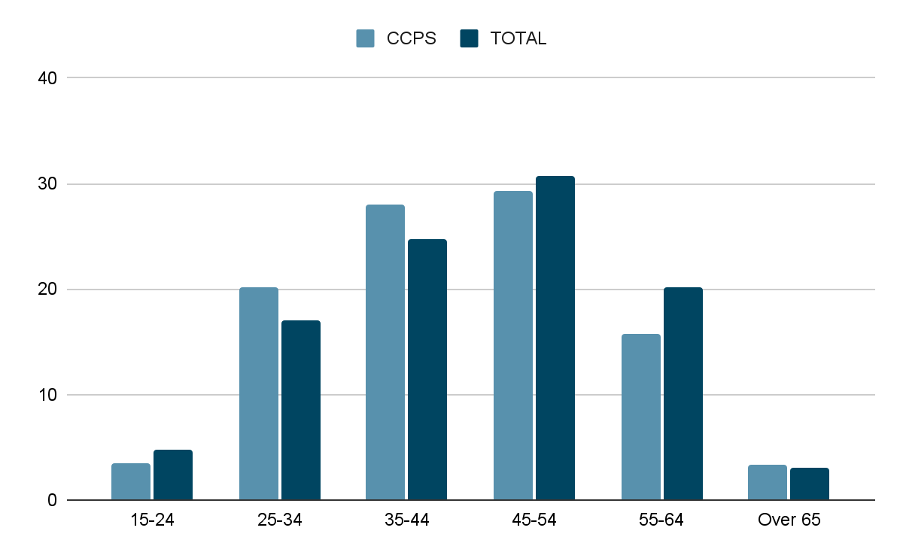 Public use of cultural heritage: theCode of Cultural Heritage and Landscape sets out art. 1 that “The State, the regions, the metropolitan cities, the provinces and the municipalities ensure and support the conservation of the cultural heritage and promote its public use and valorisation”. In addition, art. 2 sets out that “The assets of the cultural heritage belonging to the public are intended for use by the community, compatibly with the needs of institutional use and as long as there are no reasons for protection”.