The Ministry of Culture and Sport (Ministerio de Cultura y Deporte) through the Department of Culture is responsible for establishing, promoting and disseminating the different cultural policies and programmes in the country, following the specific guidelines that correspond to each instance listed in the chart below. 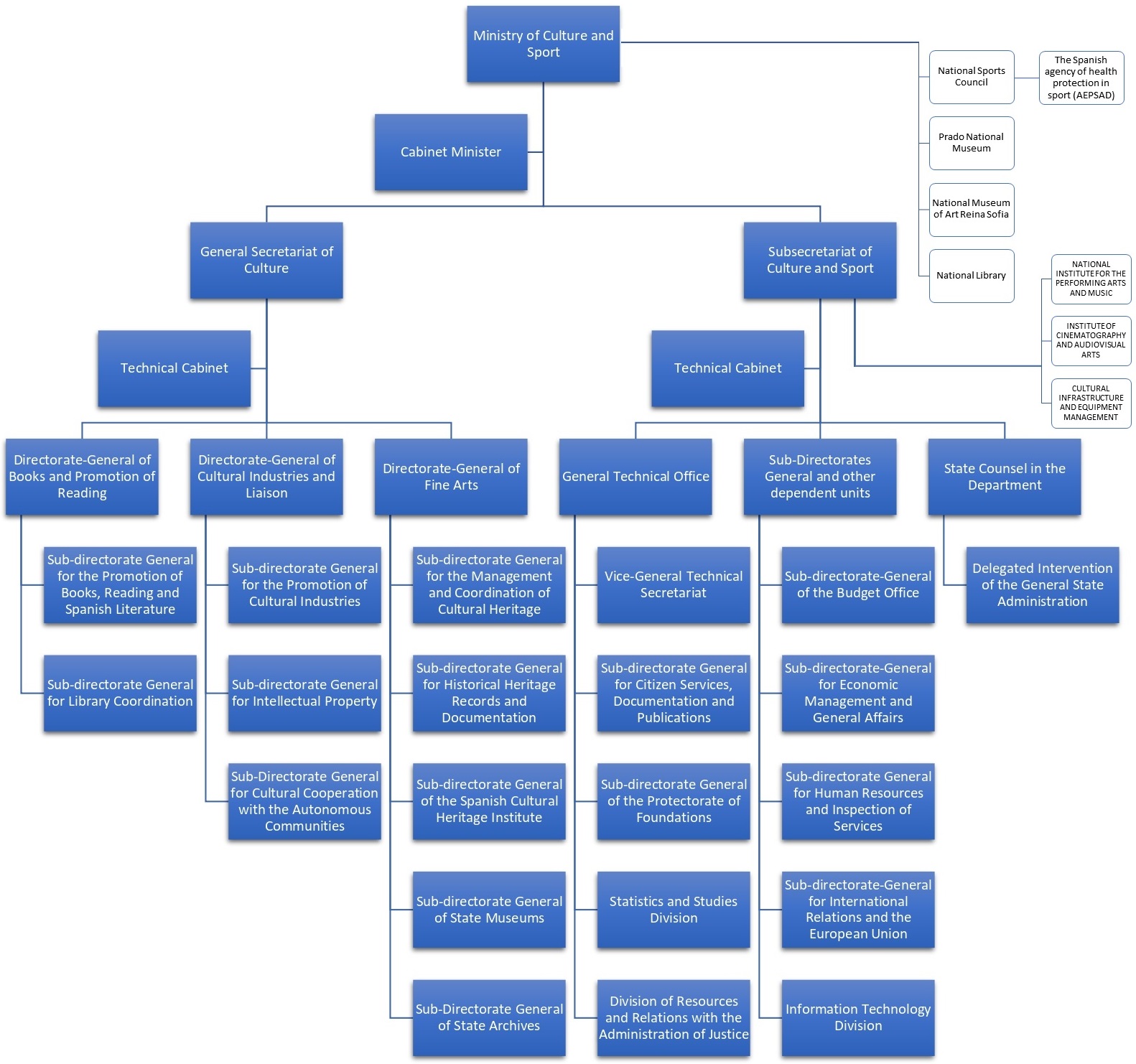 The Spanish Youth Council is a plural platform made out of youth entities for the exchange of ideas.

The Workers' Commissions, since the 1970s, has become the largest trade union in Spain. The General Worker’s Union of Spain is one of the two major trade unions in Spain, founded in 1888. It is aimed at protecting the general interest of workers regardless of their labour situation (employed or unemployed) or the kind of contract they have (permanent or temporary).

The Youth Strategy 2020 (Estrategia Juventud 2020) represents a strategy based on the recommendations of the European Union's E2020 and promoted by the Ministry of Social Rights and 2030 Agenda (Ministerio de Derechos Sociales y Agenda 2030), which has been responsible for involving all Ministries through the Inter-Ministerial Commission for the Youth.